D.D. Trans : The Art of Transformation

Day-to-day, often domestic objects are taken out of their framework and, after a small alteration, are being turned into works of art. 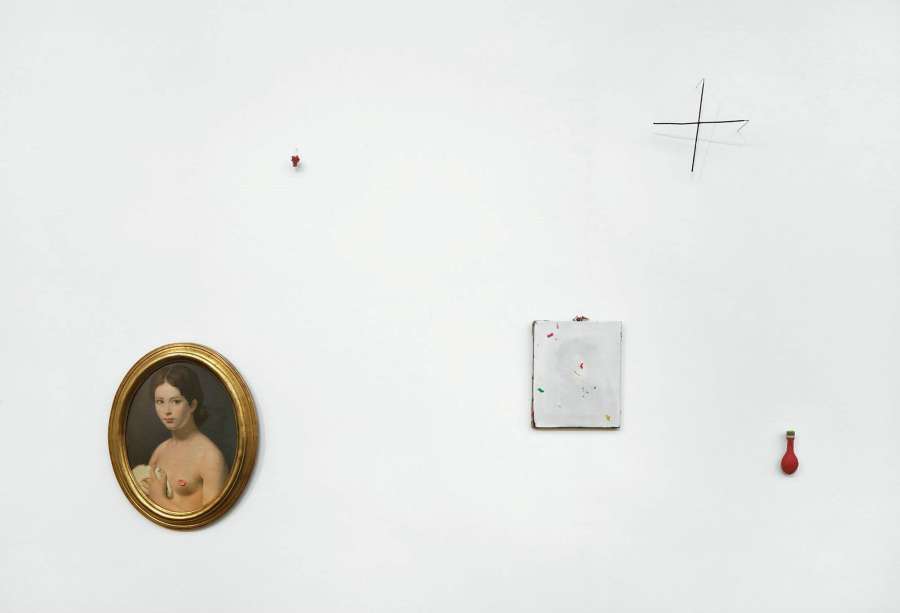 We came across the art of D.D. Trans when visiting Art Brussels 2018. At Valerie Traan Gallery we spotted a piece of art called Orange Tears, which we later described as 'more exciting than Jaws' (that line made the catalogue text below!). We have five D.D. Trans works in our collection: next to Orange Tears we acquired Birthday, Nudo di giovinetta, Candle & Painting and FÃªte.

In negligent moments we are often the boldest artists. Everybody knows them; drawings that arise mindlessly during a telephone conversation, sculptures like the chewed head of a pen, or the to a ball kneaded wrap of a biscuit at a boring table. It is during those rare leftover times that, often out of boredom, we softly fall out of our cultivated heads and simply do. Tout court. This reminds of an uninhibited, tactile encounter with things. The apparent worthless workaday stuff that surround us en masse, are those that DD Trans embraces. A simple scourer is so replaceable that we even forgot to invent a colour for it. Exactly because of this, such daily treasures form the most random, honest and frenzied palette. That also counts for the balloon, which in all its futility only serves for game. It can hardly and merely temporarily become a thing, if we offer it some air and tie it. DD Trans savours and transforms this innocence. He ties it together with the unbearable lightness of a kitsch painting. He cherishes the sneaky game of a boy with fatherâ€™s lighter. The greatest melancholy shelters in that permissive experiential game. He heats a straw to the two dangling halves of a tear. A collector declared that work â€˜more exciting than Jawsâ€™. Two fused pushpins are baptised â€˜b fifty 2â€™. It is a title with the charge of a bomber, for things two a penny; atomic art, tensions contained in the very smallest, tragedy by stealth. Do I perceive a kind of nostalgia for that unprejudiced glance at a childâ€™s bike, so desperately outgrown? Life, like the alphabet on our dark keyboard, is limited. You wonâ€™t get away from that. With age the glass will get fogged up and a needless amount of values and seriousness sneak in between us and the world. The work of DD Trans appears unsightly light, but it is a sustained effort to maintain the interaction with things lucid and without pretentions. And just in this small margin, in that short chain between seeing and making, lies the greatest space for poetry and magic.