One of the most treasured works in our collection is this vintage photograph, made by GÃ¼nter K of his amante Margret S. It measure 9 x 12,8 centimetres and was made in 1970. 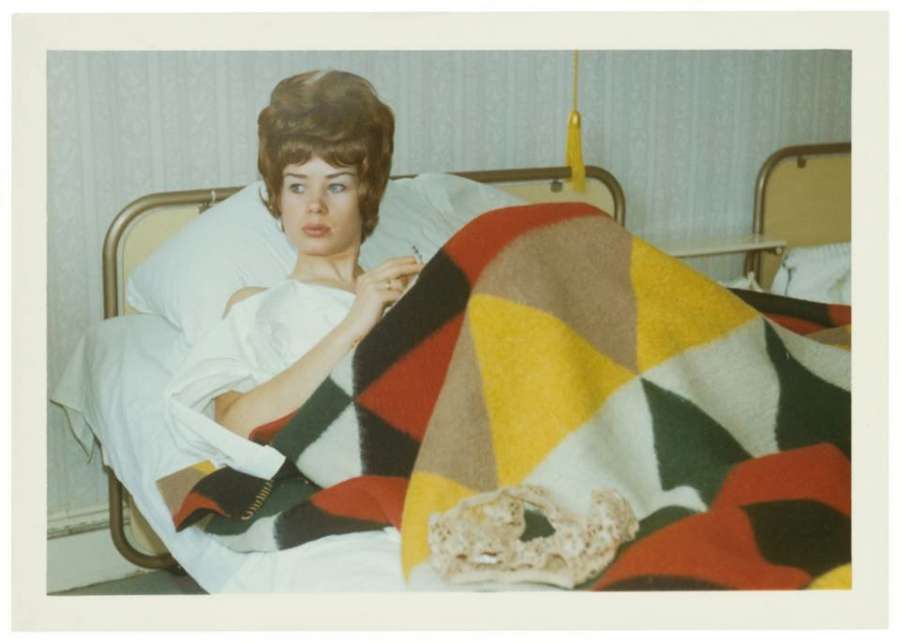 One of the most treasured works in our collection is this vintage photograph, made by GÃ¼nter K of his amante Margret S. It measure 9 x 12,8 centimetres and was made in 1970. GÃ¼nter must have loved this photograph, because he made 5 copies. We find ourselves in good company: Cindy Sherman owns a copy as well. More about this stunning photograph and its origins below!

Margret chronicles a secret love story, which took place from May 1969 to December 1970 between the Cologne businessman GÃ¼nter K., 39, and his secretary Margret S., 24 â€“ a meticulous documentation consisting of various photographs and documents, which were found in a briefcase at the dissolution of an apartment.

The convolute comprises of hundreds of color and black-and-white photographs showing the same woman in various places and poses: sitting at a typewriter at the office, traveling, and in a hotel room, undressing, changing, and getting dressed, on the bed or putting make up on. In the archive inscribed with dates are also head and pubic hair, fingernails, empty contraception packs, and a handkerchief with blood from a removed scab of her right wrist. Bills from hotels and restaurants as well as transportation and entertainment tickets reveal insight in places as well as the coupleâ€™s preferences and interests. Personal notes and diary entries, mostly written with a typewriter, resemble official records. The focus of all these writings is the sexual act, its frequency, position and the exact time of its endurance, factually underlined and at the same time described in a coarse and obscene language. In its conceptual denseness resulting from the meticulousness of the documentation, the collection is reminiscent of the works of Sophie Calle and Hans-Peter Feldman. Here too, the viewer is often exposed defenselessly to its own voyeurism.